Jammu, Jan 18: No doubts, it is a proved case that JDA is & was notorious in committing illegalities & harassment to innocents inndiferent issues but Govt preferred to close its eyes speaks of some fishy on the part of bosses of H&UDD?


CS always asks for reccomending cases of deadwoods & VC JDA indirectly reccomended case of STP JDA as deadwood being due to lack of knowlege, deriliction of duties & delay in public works & proved intentional harassment over building permission vide his letter dated 1.10.2022 but the incompetants in H&UDD just to support notorious Jagdish Hans STO slept on the file, proves fishy on their part, needed  to be acted upon by Govt.


Now, one can see, in first VC JDA relying on so called honest but in competant in real, Jagdish Hans, STP JDA communicated to appilcant for rejection of  building permissionon on wrong facts vide letter dtd 20.05.2022 (A-1) but the issue was highlighted in media over open harassment by STP’s & thereafter pulling up by Pr Secretary H&UDD to VC/CTP TPO/STP on 18,08.2022 & saught a detailed reporting over the issue.


Thereafter, as STP refused to write to VC on his illegailtys as was caught red handed over the issue, VC alone studied & found proved doubtful role of STP JDA/his section for illegal acts in “DELAYING PUBLIC WORKS” & submitted his report to Pr Secretary vide letter dated 1.10.2022 (A-3) but no actions by H&UDD after that proved fraud by CTP/STP’ to teach a lesson to such kind of corrupt officers & causing loss to Govt to crores by way of delaying/rejecting building permissions illegally?


But the issue was not being informed to applicant but after intervention of Govt, VC was constrained to provide copy of report against JDA’s working/STP to the applicants vide letter dtd 03.01.2022(A-2), which specifially mentioned the harassment/illegailty’s of Jagdish Hans STP, Anil Raina CTP TPO & their teams that now permission cannot be granted as one so called proposed road passes through the plot but 02 years back imposed conditions for rejections were different speaks proved case of corruption, delay tactic, deriliction of duties etc etc?


Pertinent to mention here that Master Plan of 2032 was notified in March 2017 but due to vested considerations all CTP/STP’s, they preferred to hide the issue of so called proposed roads & never bothered to notify these for public but for vested considerations big structures were allowed to construct is matter of high level enquiry by CBI/ACB but not by Commissioners JMC or VC’s of JDA as till today except Pankaj Mangotra could not understood frauds of STP/CTP/their staff but highlighted due to guidance of Cross Town News only.


Live example of  lot of constructions can be seen on so called propsed road even in red zone near rejected site plan with different observarions two years back but now with 100% different that proposed road passes through plot  as per map shown below but proposed road still not notified in public raised a biggest pointer towards H&UDD as a whole, which may cause more harassment to countless innocents in their constructions.building permissions?


Shall Govt act to detect a biggest scam in building permissions by JMC/JDA till day & act over the defaulting officers or preferred to sleep like incompetant bosses of H&UDD, who despite report of proved fraud by VC JDA are still sleeping to save the culprit officers?


However, below snapshots speaks the truth of frauds & illegalitys. 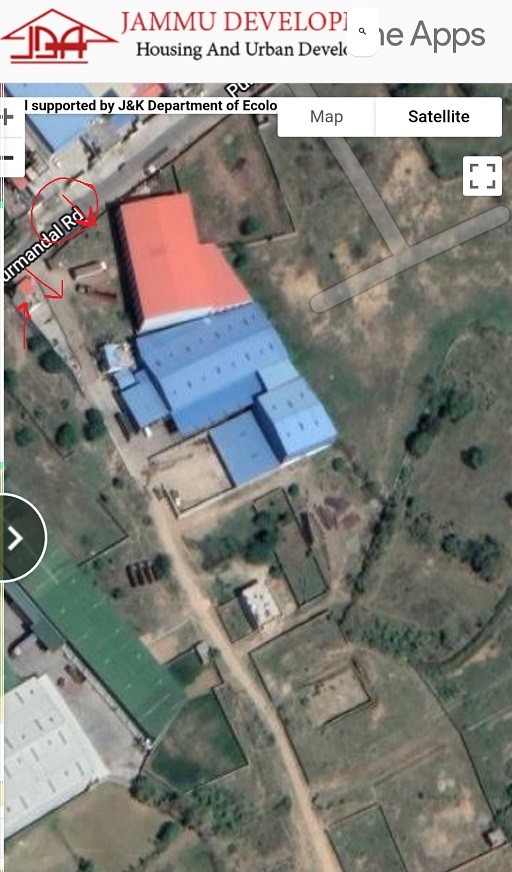 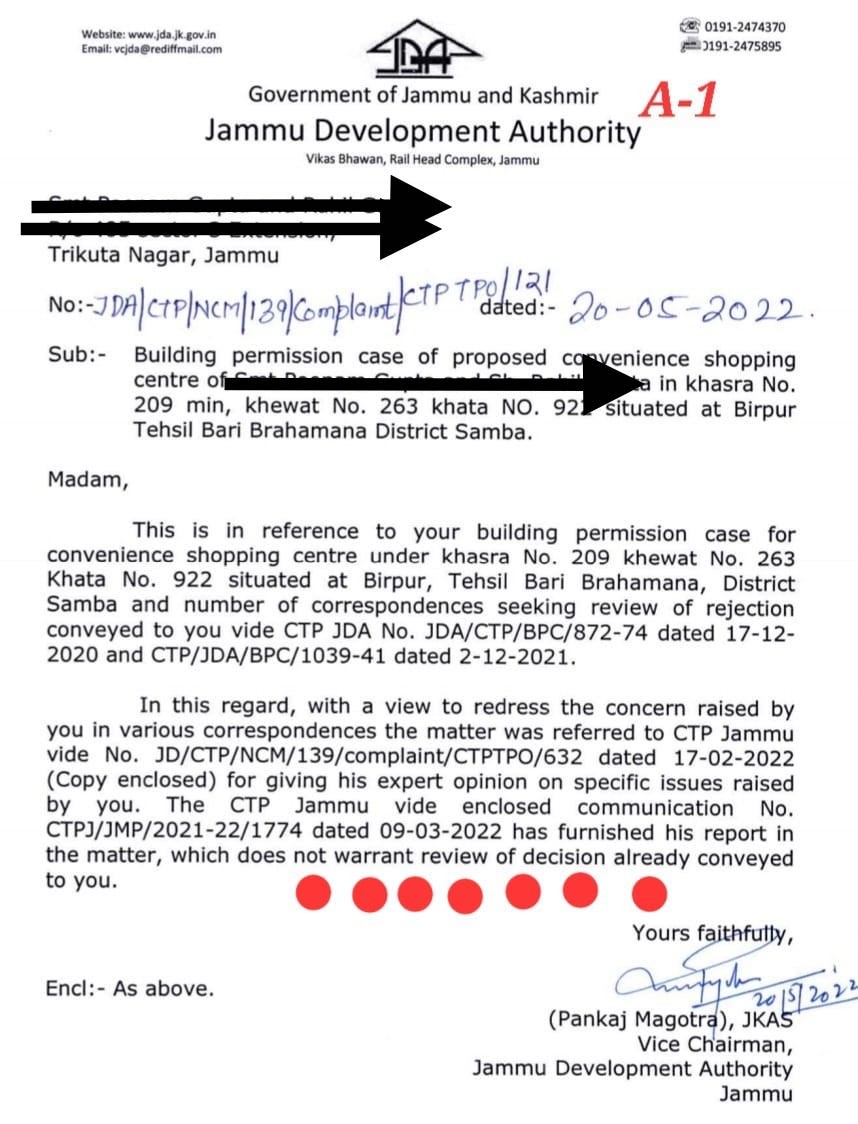 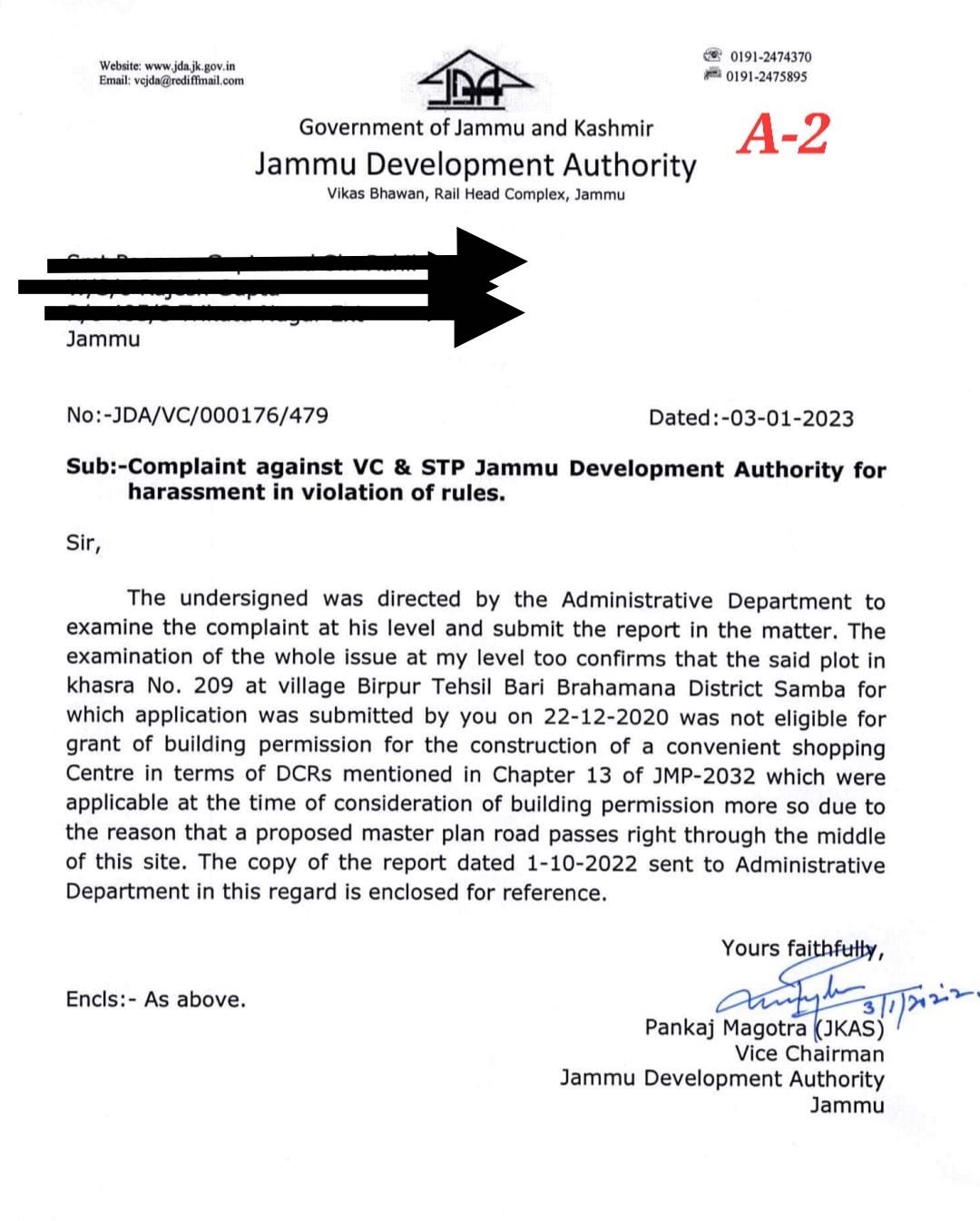 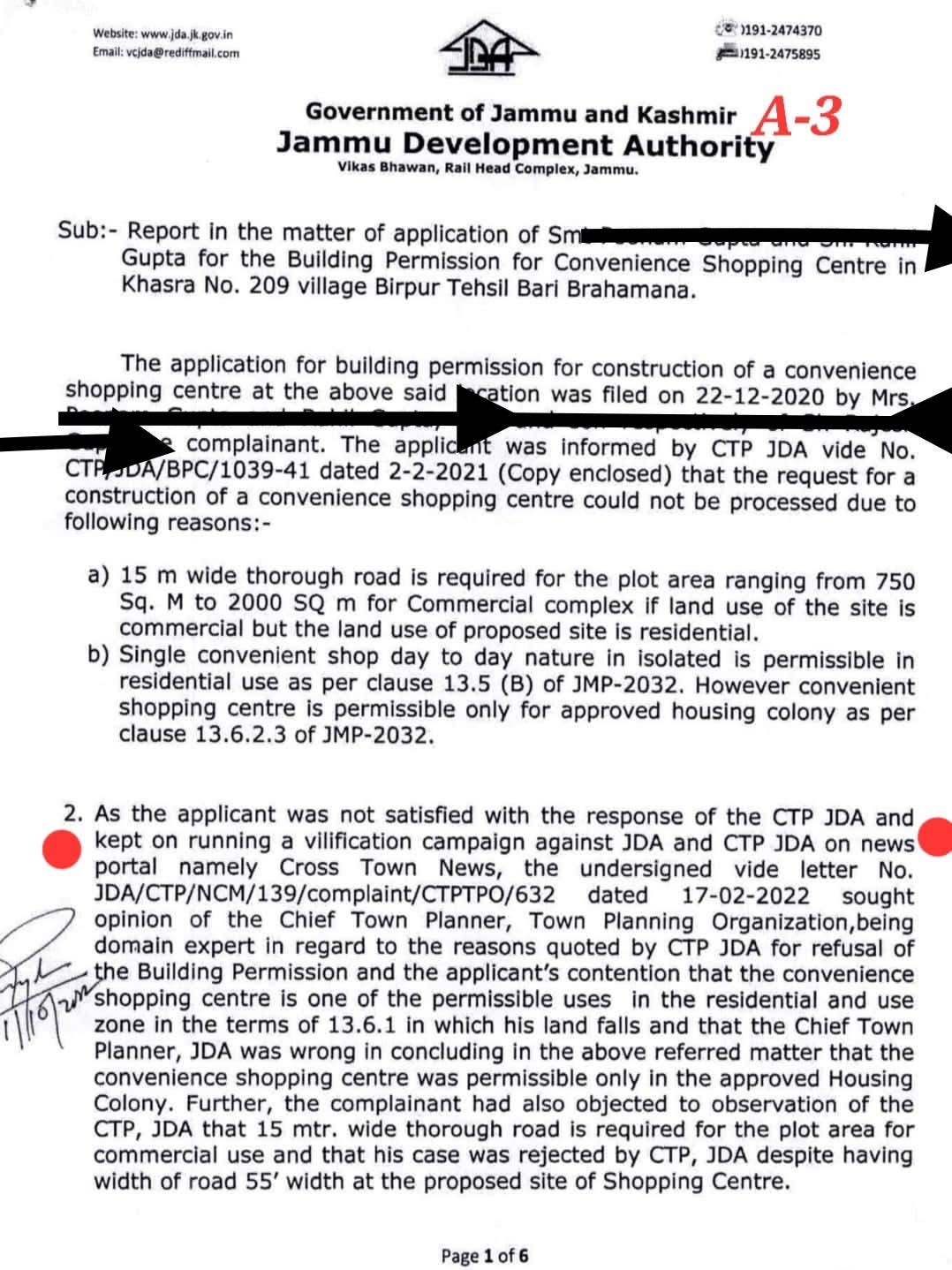 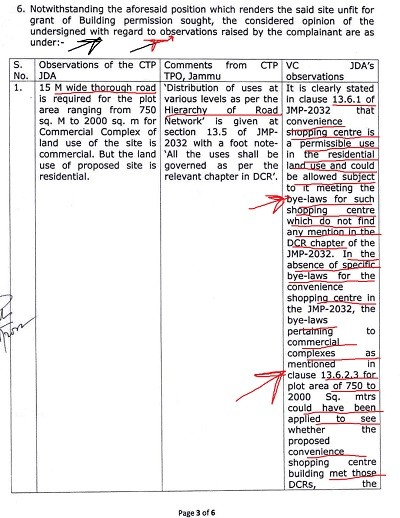 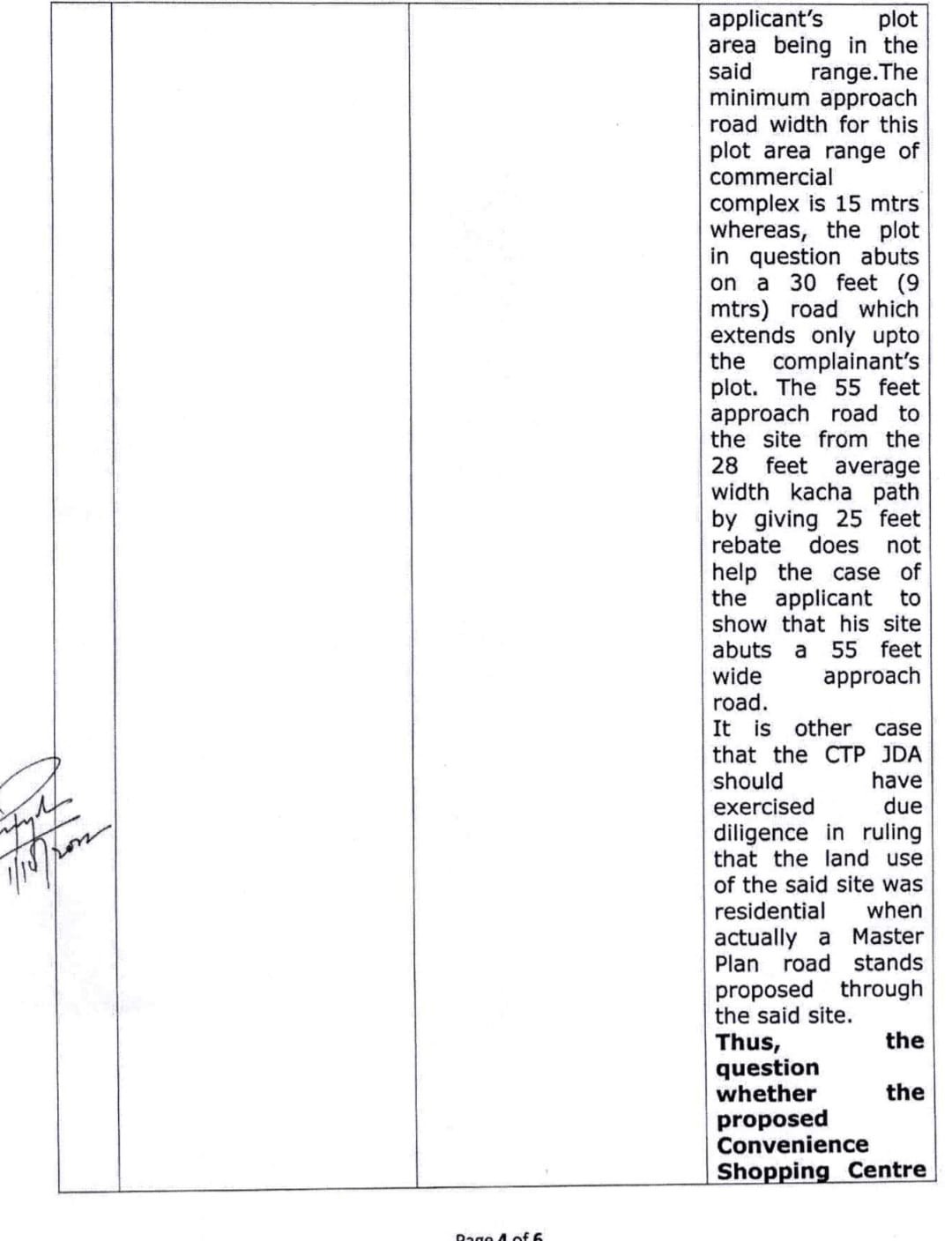 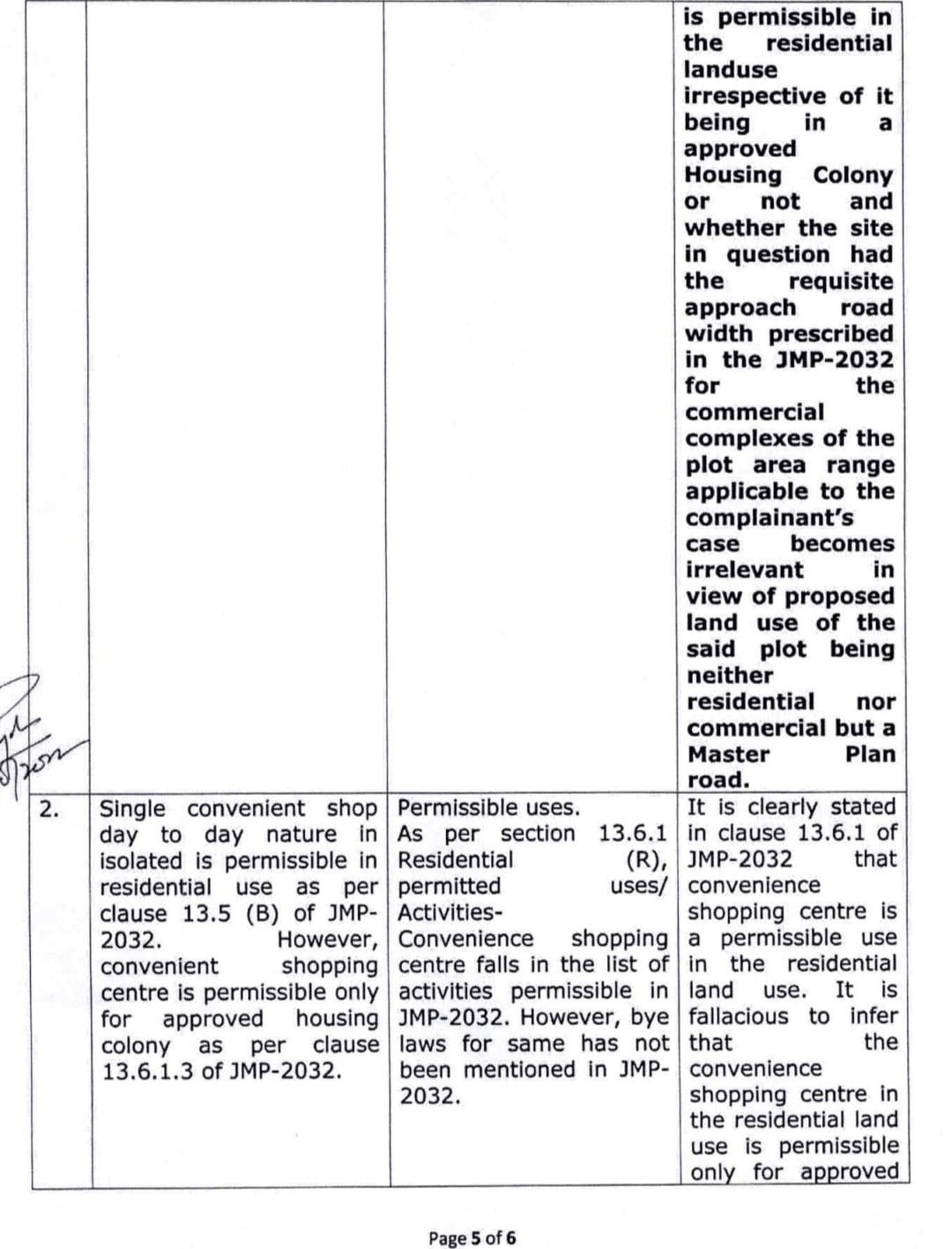 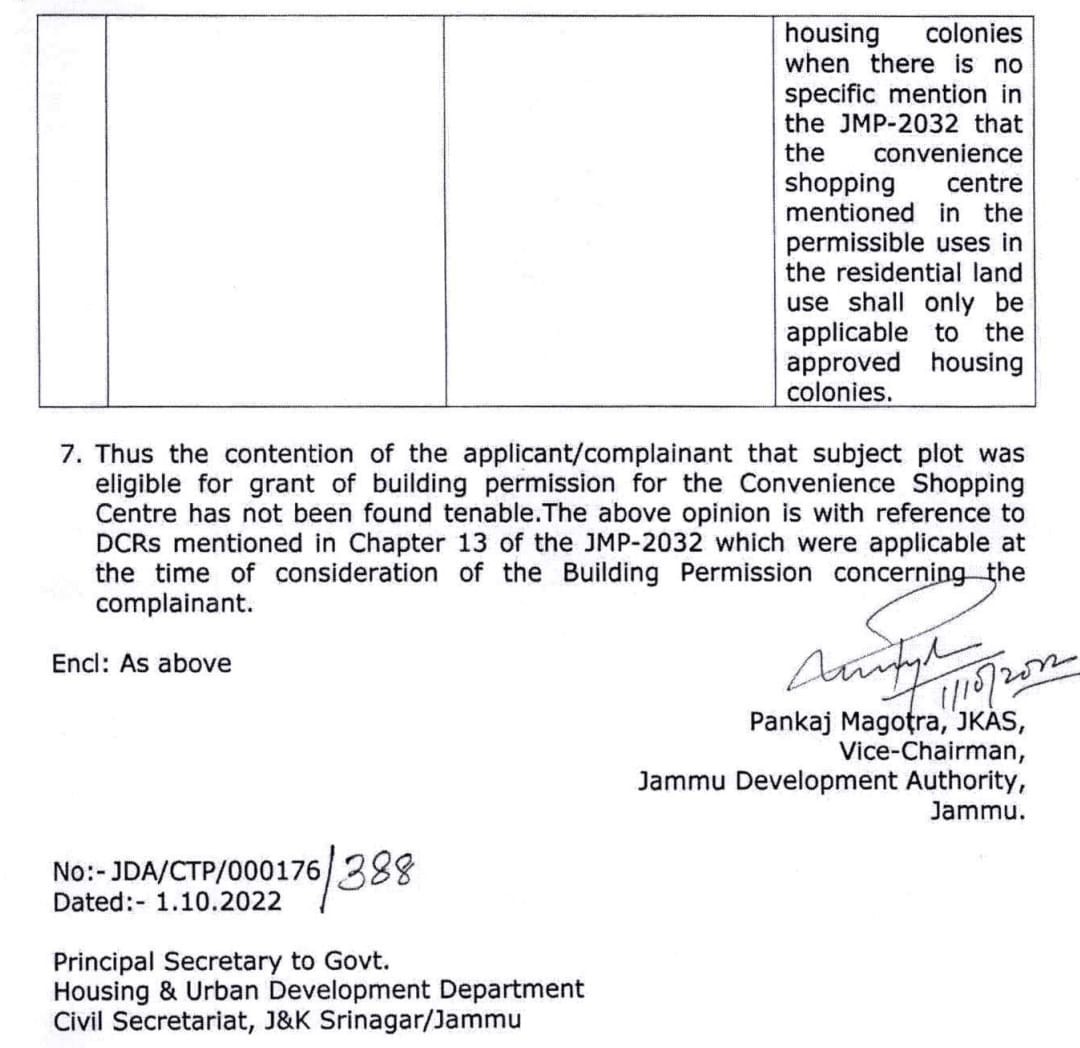