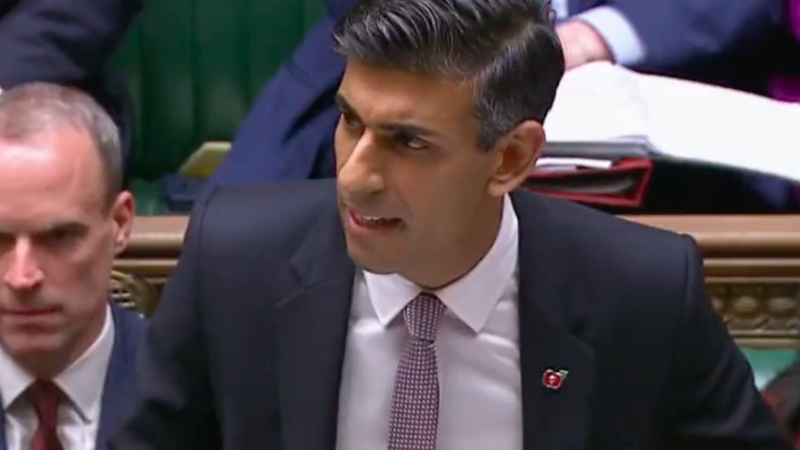 The government’s levelling up fund, which forms a fundamental part of its flagship ‘levelling up agenda’, has been slammed as ‘completely corrupt’, after Prime Minister Rishi Sunak unveiled the second allocation of his £2.1 billion levelling-up funding pot.

Since the latest round of money was announced, the government has been accused of pork-barrel politics, with Tory seats being afforded significantly more money per person from the government’s £4bn levelling up fund than areas with similar levels of deprivation.

Analysis by the Guardian has found that Tory seats have been awarded around £20 more per person than areas with similar levels of deprivation. Rishi Sunak has also had to defend himself against allegations that the schemes which have been picked to benefit from the funds were chosen to shore up support in Tory areas.

Rather than levelling up, the Tory agenda is likely to further entrench existing inequalities and it’s something that has caused outrage among opposition MPs.

Labour MP Chris Bryant has slammed the Levelling up fund as ‘completely corrupt’.

“So, can we have a debate in government time on corruption in the operation of slush funds in this country’.

As you’re here, we have something to ask you. What we do here to deliver real news is more important than ever. But there’s a problem: we need readers like you to chip in to help us survive. We deliver progressive, independent media, that challenges the right’s hateful rhetoric. Together we can find the stories that get lost.

We’re not bankrolled by billionaire donors, but rely on readers chipping in whatever they can afford to protect our independence. What we do isn’t free, and we run on a shoestring. Can you help by chipping in as little as £1 a week to help us survive? Whatever you can donate, we’re so grateful – and we will ensure your money goes as far as possible to deliver hard-hitting news.

Chaos is the only winner in Peru – GZERO Media

In Vetting its Judiciary, Montenegro Urged to Seek Outside…

Government of Mongolia declares 2023 year of fight against…

Lawyer sent to jail for ‘making wild allegations against…

In Paraguay, Biden’s Anti-Corruption Agenda Gets…

The Explosion of Legalized Sports Gambling – Beyond…

MacKenzie Scott Tallies Her Donations So Far: $12 Billion to…