New Mexico Democrat Gabe Vasquez gave a fake name during an anti-police rant to a journalist at a Black Lives Matter protest in the summer of 2020, a Washington Free Beacon investigation found. Now, the congressional hopeful is burying the evidence.

During a June 2020 Black Lives Matter protest in Las Cruces, N.M., a local reporter interviewed one attendee who furiously expressed his desire to defund police. “We need serious police reform in this country,” the man said over chants of “no justice, no peace.” “It’s not just about defunding police, it’s about defunding a system that privileges white people over everyone else.” While the interviewee—who shielded much of his face in a hat, neck gaiter, and sunglasses—identified himself as “James Hall,” a “Las Cruces resident,” the facial features he did show bore a curious resemblance to then-city council member Gabe Vasquez.

That’s because the interviewee was, in fact, Vasquez, a former city official who monitored the protest told the Free Beacon. Contemporaneous evidence reviewed by the Free Beacon, meanwhile, supports the assertion. Vasquez tweeted live from the event on June 6, 2020, sharing first-person photos accompanied with the hashtags “BlackLivesMattters [sic]” and “Las Cruces.” Six months later, Vasquez shared a photo that showed him sporting the same distinct, teal-and-orange neck gaiter he wore in the interview. That gaiter, the Free Beacon found, is sold by a small New Mexico-based fly fishing business, Where the River Runs. Vasquez is a self-described “avid angler,” and in 2018, the Democrat interviewed Where the River Runs founder Gregg Flores on his “conservation podcast,” during which Vasquez described a “really cool adventure” he had with Flores through a “project” the pair collaborated on. Vasquez is also a frequent commenter on the company’s Facebook page.

Roughly two years after the ordeal, Vasquez has quietly deleted much of the evidence that ties him to the interview, a clear indication that the Democrat feels his impassioned plea to defund police will hurt his bid to unseat Rep. Yvette Herrell (R.) in New Mexico’s Second Congressional District. Gone from Vasquez’s Twitter are both his live post from the Las Cruces protest and the smiling selfie that shows him wearing the same mask from the protest. Those deletions are recent—both posts were active as of Tuesday. 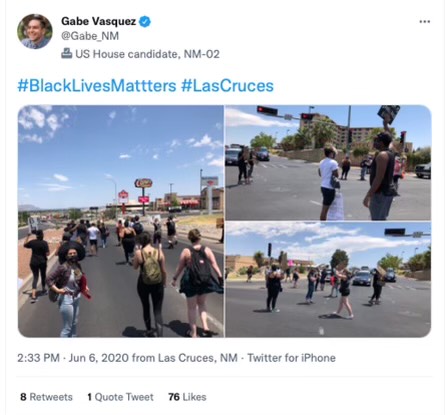 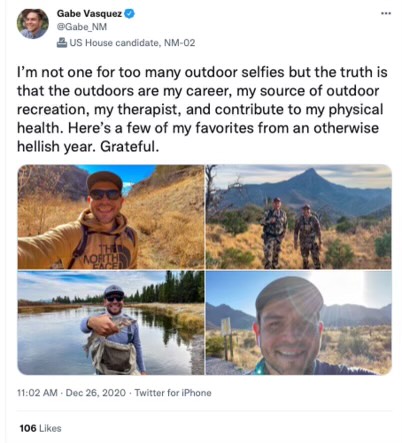 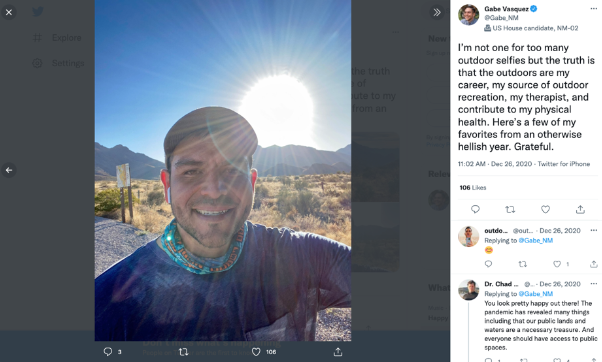 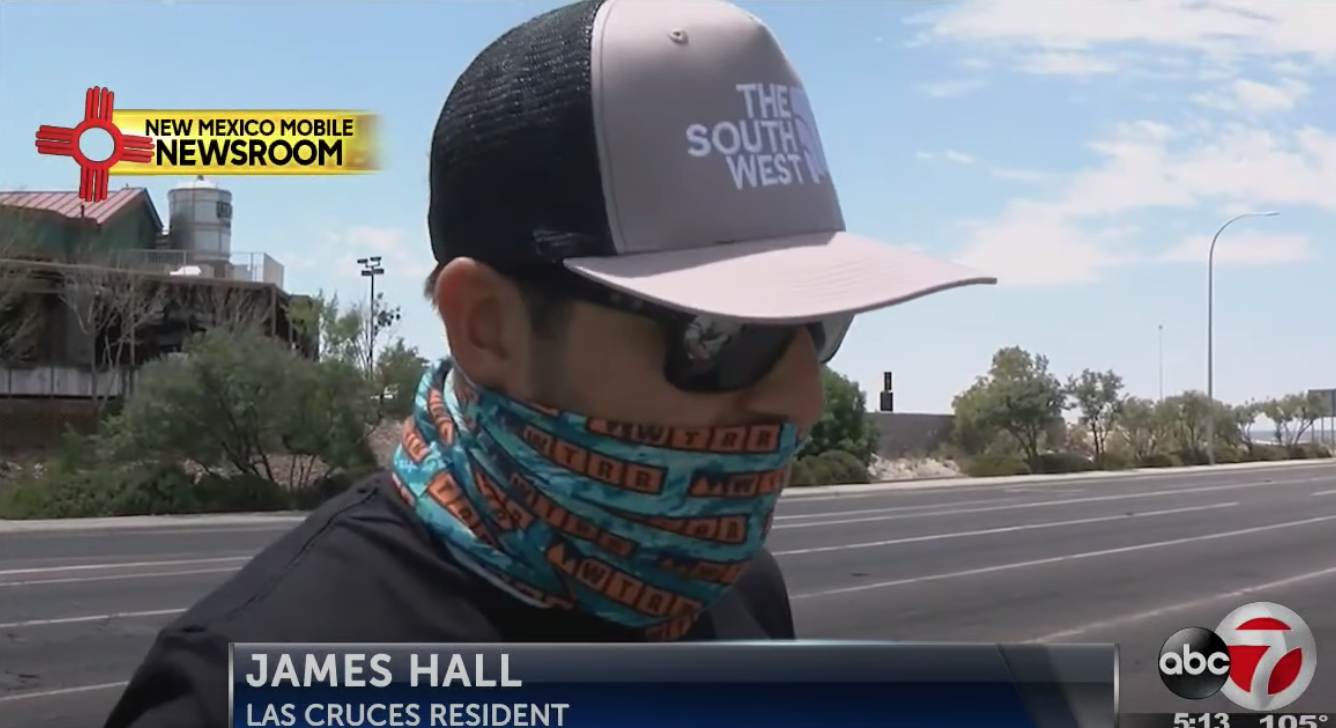 Vasquez’s campaign did not return a request for comment. The former city official who monitored the protest said he and other local officeholders identified Vasquez as soon as they saw the news clip featuring “Hall,” citing their interactions with Vasquez when the Democrat served on the city council. “I was disappointed when I saw that because … he was using words that could encourage riots,” the former official told the Free Beacon. “Exercise your First Amendment rights, but let’s not have harm.”

Vasquez may have deleted social media posts linking him to the 2020 protest and interview, but the Democrat’s Twitter account still features its fair share of anti-police rhetoric. In June 2020, Vasquez called to “deconstruct and rebuild the systems of oppression that keep black people in perpetual harm,” which he said included “law enforcement” and “the economy.” Just days earlier, Vasquez said, “As long as white folks … dominate this nation’s wealth and preside over our nation’s governing bodies & judicial systems, the racism, killing, & injustice will continue.”

Vasquez also expressed interest in cutting police budgets during his time on the Las Cruces City Council, though his statement was much more restrained when compared with his protest interview.

“If we do have to take budget away from specific department[s], whether it be police or otherwise—I don’t think we have to, because we have a budget that I think can support that currently,” Vasquez, who served on the city council from 2017 to 2021, said in a September 2020 interview. “But we also have to look at where the inefficiencies are, where the redundancies are, where we would not rather respond with force or with police. And, you know, if we don’t need those positions anymore … then we need to get rid of them, and that’s a decision I’m happy to try to champion at the city council.” Vasquez’s campaign site now says that “police reform, not police defunding, is the right way to move forward.”

Vasquez launched his congressional run in September 2021, touting his “proven record of fighting for New Mexicans.” He will face Herrell in November after defeating his Democratic primary opponent, Darshan Patel, by 56 points in June. Vasquez has raised $1.2 million to Herrell’s $2.7 million.

The European Union and its crises – Statewatch