While Mzansi is not a perfect country, it is our home. So, when someone has something bad to say about it, best believe our people will be on the frontline to defend it.

It is no secret that our government is corrupt, people are jobless, and the country is on the brink of crippling. However, according to SA peeps, that does not give anyone who is not from here a right to diss our beloved country. 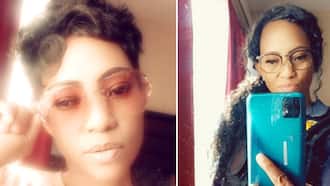 Females SAPS officer shows off herself in uniform with pride, many men flock to the comments to drool

Twitter user @chrisreymond89 overheard a table of tourists discussing all the issues in Mzansi and felt slightly embarrassed. So, he shared it with the people.

“Sitting next to a table full off American tourists… All their conversations has been about how corrupt SA is, loadshedding, junk status, how much South African earn, how we are become Zimbabwe while western countries are benefiting while we snoozing… it’s embarrassing ”

The people of Mzansi jumped to defend their beloved country

Yes, Mzansi has a bunch of issues. However, that does not give anyone the right to slander it if they are not from here. People wanted to know what these tourists were doing here if SA is such a dump.

Take a look at some of the heated comments:

“Have you seen Queens, NY-South Houses 41st,”The Projects”, that place is so crowded, worse than Alex. That’s the “Crack Capital” of the world. Nothing about South Africa embarrasses me.” 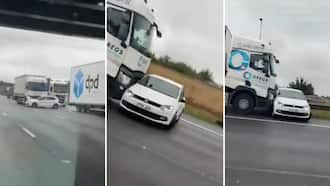 Truck dragging polo on highway leaves netizens confused, Mzansi discusses whose fault it is: “We are not sure”

“I’m with you on that one… I’m even surprised as to why they chose to tour a country they deem useless. Nxa, they must just zip it!”

“Once worked at a hotel and two Americans were having a convo about how bad SA is and wanted to include me in the convo and I asked why are they here if they didn’t like the country, they just stared at each other and never answered. Hypocrites of note those one’s.”

“I think it’s you and your buddies who were chatting about SA next to the table full of American tourists whom were embarrassed listening to your conversations. Other way round of truth.”

“Then why are they coming to a corrupt country ”

Mzansi people share what makes them proud to be South African: From ubuntu to humour, we’ve got it all

In related news, Briefly News reported that while culture runs rich in South Africa, there are so many other unique reasons the people of SA love their country and its people. 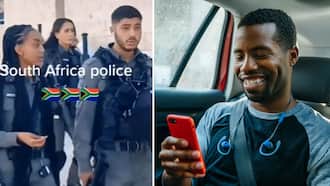 SA bust over hot police officers claiming to be SAP: They can see their feet past their stomach, not SAPS

It is no secret that our Rainbow Nation comes with a long history of tragedy and struggle. However, one thing about the people of Mzansi is that they never fall!

Briefly News took to our official Facebook page to get some insight from our readers on what it means to them to be proudly South African. So, we posed the following question:

“What makes you proud to be South African, and why?”

Reading through the post’s comment section left us with hearts full of pride, Ubuntu, and happiness. Mzansi peeps are undoubtedly the most resilient, accepting, and funny humans ever. We are so grateful for our readers and their input.

PAY ATTENTION: Сheck out news that is picked exactly for YOU ➡️ find the “Recommended for you” block on the home page and enjoy!

One Year Later: Brazil Has Never Been So Prepared to Fight Fake … –…

STATE OF THE NATION ADDRESS

The FBI & CIA Roles in the JFK Assassination and Its…

How post-Brexit freeports will bring drugs, guns and…

Should Cartels Be Labeled As Terrorist Organizations?