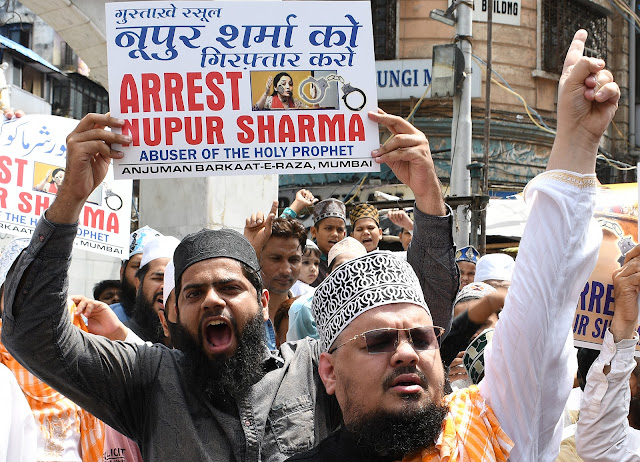 The Constitutional Conduct Group (CCG), a group of 90 former civil servants has, through a letter, asked the Chief Justice of India to take “urgent cognizance” of what it considers as “gross violations of the rule of law in Uttar Pradesh and other parts of the country, where arbitrary executive action is being taken against those critical of actions of the government, who seek to use legitimate methods of protest to express dissent.”
The letter said, “The demolition drive and the abuse of municipal and civic laws for political ends is just one element of a larger policy for converting the administrative and police apparatus into an instrument of brutal majoritarian repression.”
It regretted, there are “ directions to invoke the National Security Act 1980 and the Uttar Pradesh Gangsters and Anti-Social Activities (Prevention) Act 1986, to brutally quell any protest.”

We, the members of the Constitutional Conduct Group comprising former civil servants, have read the appeal sent to you on June 14, 2022 by a select group of former judges of the Supreme Court and the High Courts and leading advocates, requesting you to take suo-motu cognizance of the recent acts in Uttar Pradesh of illegal detention, bulldozing of residences and police violence on protesters and those in police custody following protests against certain objectionable remarks made by BJP spokespersons.
We fully support this plea and urge your immediate intervention. We believe that unless the judiciary at the highest level steps in to intervene, swiftly, firmly and decisively, the entire edifice of constitutional governance that has been so carefully and meticulously constructed over the last seventy two years, is likely to collapse.
We are aware that since this appeal for suo-motu cognizance of the shocking incidents in Uttar Pradesh was made to you, a writ petition against the demolition of allegedly unauthorized constructions has been filed by the Jamiat Ulama-i-Hind before the bench of Justices Bopanna and Vikram Nath and that after the preliminary hearing, the response of the State Government has been sought and a hearing will take place next week.
While the legality or otherwise of the arbitrary, motivated and wanton destruction of the properties of alleged protesters, all of whom belong to the minority community, is being considered by this bench, and hopefully this will prevent further precipitate and highhanded action by the State Government as far as demolitions are concerned, we believe that the issues raised by former judges and other lawyers are much wider and relate to the complete subversion of state policy for vicious, ideological ends.
The demolition drive and the abuse of municipal and civic laws for political ends is just one element of a larger policy for converting the administrative and police apparatus into an instrument of brutal majoritarian repression. There are explicit directions to invoke the National Security Act 1980 and the Uttar Pradesh Gangsters and Anti-Social Activities (Prevention) Act 1986, to brutally quell any protest. The policy has the sanction of the highest levels of the Government and while local level officials and police personnel are certainly answerable for arbitrary use of power, the real culpability lies at the highest levels of the political executive. It is this corruption of the edifice of constitutional governance which requires the Supreme Court to step in and stem the rot.
As former civil servants who have spent several decades in the service of the Constitution, we are particularly alarmed that the threat we currently face is completely unprecedented. It is no longer just a case of ‘excesses’ of the police and the administration at the local level which can be brought under check by higher levels of administration and political authority, it is the fact that the very idea of the Rule of Law, of ‘due process’, of being treated as ‘innocent until proven guilty’ is being turned upside down. What we have seen in Prayagraj, in Kanpur, in Saharanpur and many other towns which have a sizeable Muslim population, follows a pattern and is politically directed. What is even more alarming is that the idea of ‘bulldozer justice’, of inflicting brutal punishment on citizens who dare to protest lawfully or criticize the Government or express dissent by using ostensibly legal instruments, is now becoming the norm rather than the exception across many Indian States. There is a sense of impunity and the arrogance of majoritarian power which seems to be driving this disregard for constitutional values and principles.
We believe that the immediacy of the threat is critical and we join hands with the former judges and the advocates who have petitioned you, in urging you to take cognizance of the situation and intervene appropriately.
Satyamev Jayate.

US Supreme Court May Take Aim At Whistleblower Protection…

Arrests over social media posts: Internet is not a place…

Today corruption is more than before in J&K:Mehbooba…

Is it the answer to digital